Researcher reveals exact location of most every home within Lehi fort

Indexed alphabetically by settler’s name, one can find Consecration Deeds, personal accounts, maps, photos of properties today and yesterday, and much more in Clark’s footnoted work, which is neatly compiled, ready to be printed out and free to the public.

If you need to do a school report on early Lehi or want to know more about an ancestor, you’ve got to check out The Wayne E. Clark Collection at lehihistory.com. 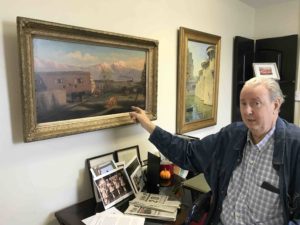 Local historian Wayne Clark talks about the old fort wall, depicted in the JT Harwood painting, that once surrounded the residents of Lehi.

“I have identified most of the settlers who lived in Lehi in those early days,” said Wayne E. Clark. “I have located the sites of their homes on the 16 blocks that were enclosed by the 12-foot-high mud wall. I’ve also linked these to street addresses in early Lehi, such as they were.”

To do this, Clark spent countless hours examining Consecration Deeds from The Church of Jesus Christ of Latter-day Saints as well as Utah County and LDS Church property records, the 1860 Federal Census and family history narratives and published histories, and then he compared them to Google Maps and Sanborn Fire Insurance Maps.

“It is a treasure trove of information,” said Lara Bangerter, director of The Lehi Historical Society and Archives. “Everyone who has early Lehi heritage should definitely check his work out. I would be surprised if you can’t find something new in Wayne’s work.”

Indexed alphabetically by settler’s name, one can find Consecration Deeds; personal accounts; maps; photos of properties today and yesterday; links to Facebook comments regarding properties and their histories; stories on everything from the first murder in Lehi to the wealthiest man in Utah living in Lehi; and much more.

“His footnoted work is neatly compiled and ready to be printed out,” said Bangerter. “Just select your ancestor from his index, and he’s done all of the work for you. It’s remarkable, and he’s made every word available to the public for free.”

The Wayne E. Clark Collection can be found at lehihistory.com, the site of The Lehi Historical Society and Archives.

When Clark, a Lehi native, returned to Lehi after 50 some years, he wanted to know everything there was to know about his ancestors and the pioneer community in which they lived. He was consumed with the stories of his ancestors and their neighbors he met along the way. Ever since he has been on a mission to identify and locate the early settlers of Lehi in time and space from the 1850s to 1870s.

Before retiring, Clark was a professor of entomology at Auburn University in Alabama. 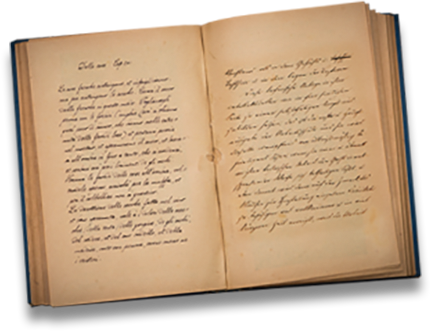 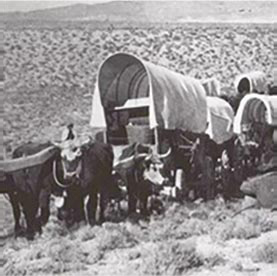 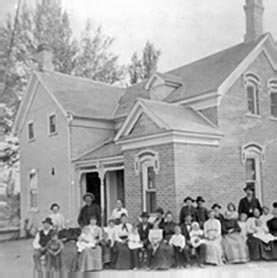